We left Bangkok to head to Koh Tao which took 9 hours on a night bus and ferry. All seemed like it would be a relaxing trip where we could get some sleep. Oh no no…. A drunk Australian guy got on our bus at last minute and started chanting ‘Get on the bus’ and ‘Put some fuckin tunes on’! Which was rather annoying to be honest when the rest of us clearly just wanted to relax along the journey. After a while though he did shut up; probably just fell asleep in the end, and overall the journey wasn’t too bad even though neither Elle or myself got much sleep.

We arrived to our hostel around 10am the next day called ‘Jizo’s’ – very interesting name I know but the reviews on hostelworld and trip advisor were generally very positive. Now I don’t know what planet these backpackers were on when they wrote these reviews as the minute Elle and I walked into our teeny tiny room we were not so impressed to say the least! The worst part was the toilet/shower combo with barely any space between the toilet and shower, it was simply disgusting and from that moment on we decided we would spend as little time in the hostel as possible – literally just to sleep!

The one benefit of the hostel was that we were literally a few minutes walk from Sairee beach so we headed there in the afternoon. It was beautiful; the waters were clear and refreshing – I spent a good amount of time in the sea just taking in the amazing surroundings.

In the evening we had our first (of many) meals on the beach… The only downside was the amount of Mosquitos that appear in the evenings but regardless it was lovely. The plan was to head back to the hostel to sleep after dinner but we stumbled across The Sunset Beach and Pool bar which was playing cool music and had fire performers so we sat down on the mats on the sand and enjoyed a nice Chang beer (which is very cheap!). Overall our first day in Koh Tao was relaxing; it was nice to be out of a boiling hot capital city and onto a beautiful island.

On our second day in Koh Tao we decided to do a day trip and take a Taxi boat to neighbouring island Nang Yuan. Once there we were able to walk up to a viewpoint where we could take in the stunning view of Koh Tao in the distance. It was pretty hot walking up and we were definitely sweaty once reaching the top but the view was very much worth it! In the afternoon we rented some snorkelling equipment; my first experience of proper snorkelling! It took a good five minutes or so to get used to it but once I was I really loved it! The whole breathing underwater situation felt weird, but gradually I forgot about it and got to see the most amazing rainbow fish, leopard print fish, starfish, and loads and loads of sea cucumbers.

Evening two on Koh Tao consisted of dinner on the beach again, I decided to try the Thai red curry with prawns but asked for it less spicy – it was still so hot! Very tasty though with really good prawns but I couldn’t eat it all as my mouth was on fire! Later in the evening we were joined by two travellers; one from Kent and the other the US; as they sat on the table next to us. We all chatted with some Chang beers, exchanging stories of our travels/planned travels.

Conveniently we had eaten at a restaurant near to the Sunset Party bar again so headed there; it was a bit later on so the beach was already busy with people dancing. I think there was a few times where I had to remind myself where I was; dancing on a beach in the Gulf of Thailand surrounded by travellers from all around the world – such an amazing but surreal feeling. We ended up meeting a lot of people; later in the night we met three guys from San Diego who were really funny so spent a lot of time chatting with them. Considering we hadn’t planned to go out properly Elle and I finished the night around 3am with our first experience of the amazing pancakes here! They have portable stalls attached to scooters around the island. I had banana with Nutella and peanut butter – so so nice!

We loved Koh Tao however hated our hostel so opted to switch to one just around the corner on our third day called Koh Tao backpackers. It was pretty easy to get to and still very close to the beach.

As it was our last full day we headed back to Sairee beach for a day of amazing views again and went on the search for a specific Palm tree that our friend Matt told us to find. He had taken a picture on this exact Palm tree over a year before! It didn’t actually take long to find and we took plenty of pictures sat on it; even re-enacting his original pose. We also stumbled across a beach swing so took some of the classic photos that everyone has!

Koh Tao was amazing; it’s just a shame that the hostels let us down, but overall it was bearable because we were happy to spend all of our time out and about in the island. Koh Tao Backpackers hostel turned out to be bad also – cleanliness wise it was okay, but it was actually our room mates that let the side down for this hostel. There were three guys from Denmark and they were by far the worst people we had met – they were just inappropriate to the point we didn’t want to be around them. When we finally headed to bed though we had the night from hell! First of all the room was smelly and messy from the boys and the beds were extremely squeaky so you couldn’t even move an inch without making a racket! That wasn’t the worst of it though; an English guy also staying in our room had a night terror in the middle of the night and literally shouted and screamed… and then a few hours later I woke up to him sleep walking. He jumped out of his bed and attempted to open the door a few times and then finally got back in… Being half asleep this whole experience was so confusing but quite funny in hindsight when we talk about it now. We were knackered though and got up the next day to catch our ferry over to the next Island… Koh Phangan. 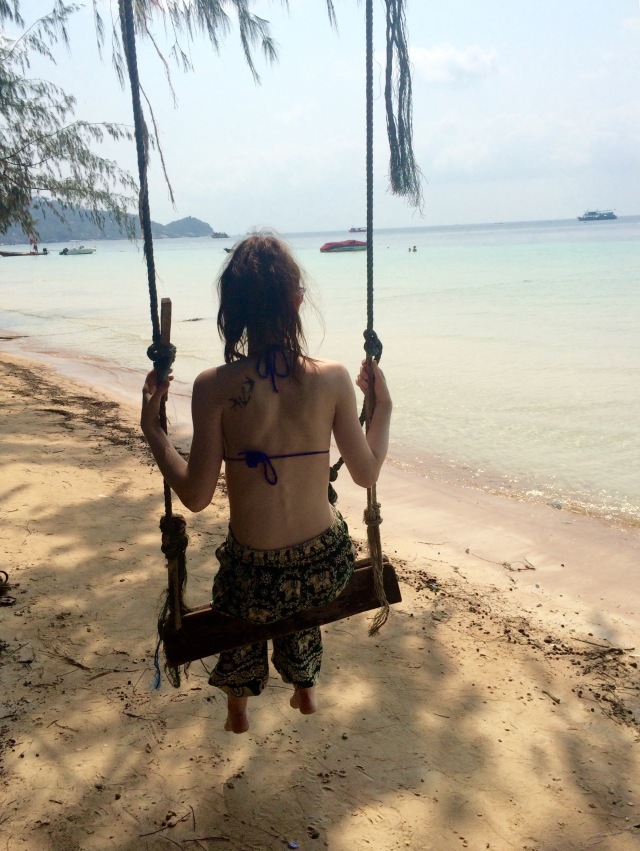 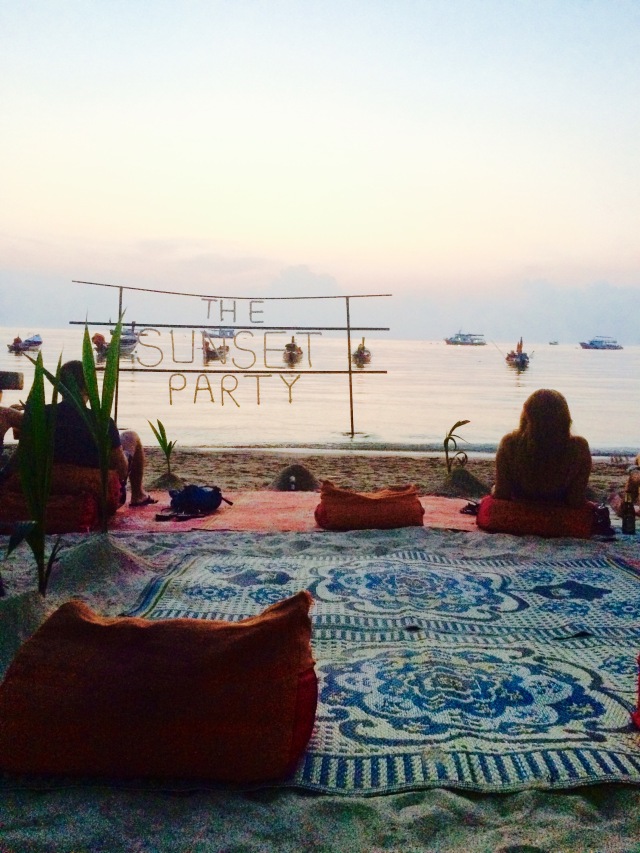 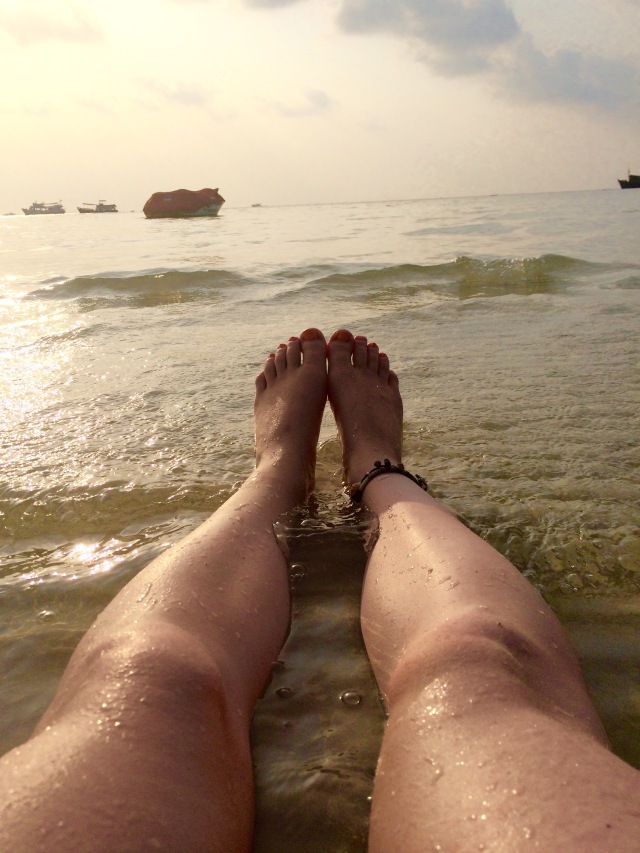 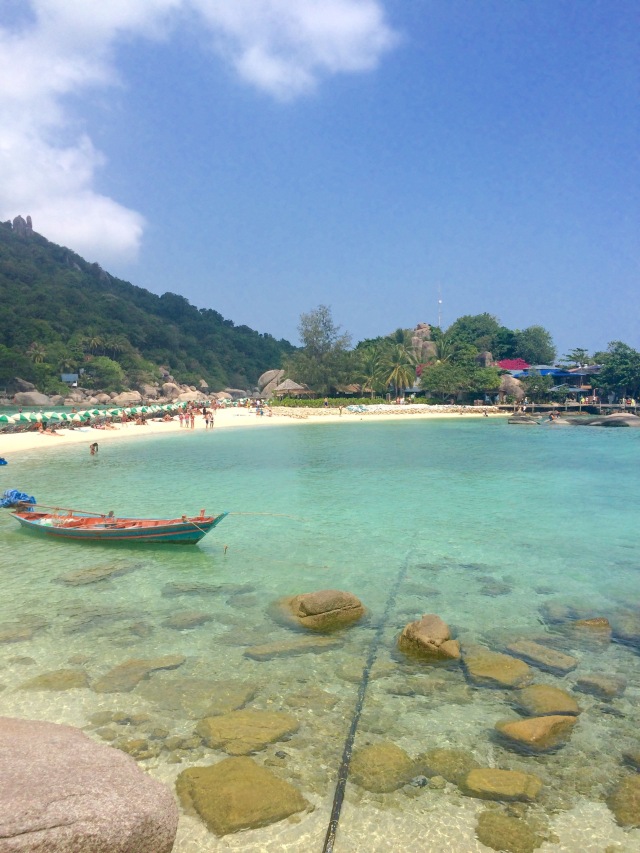 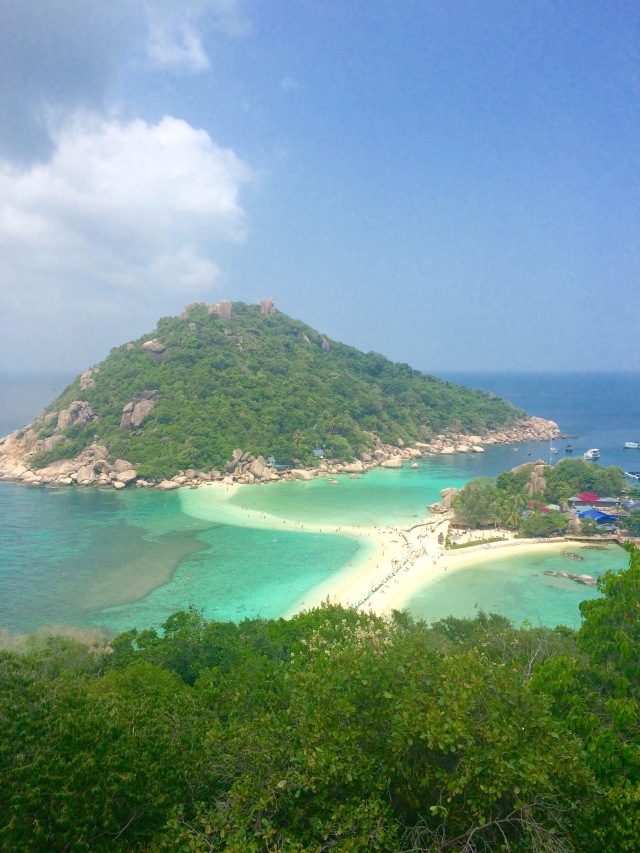 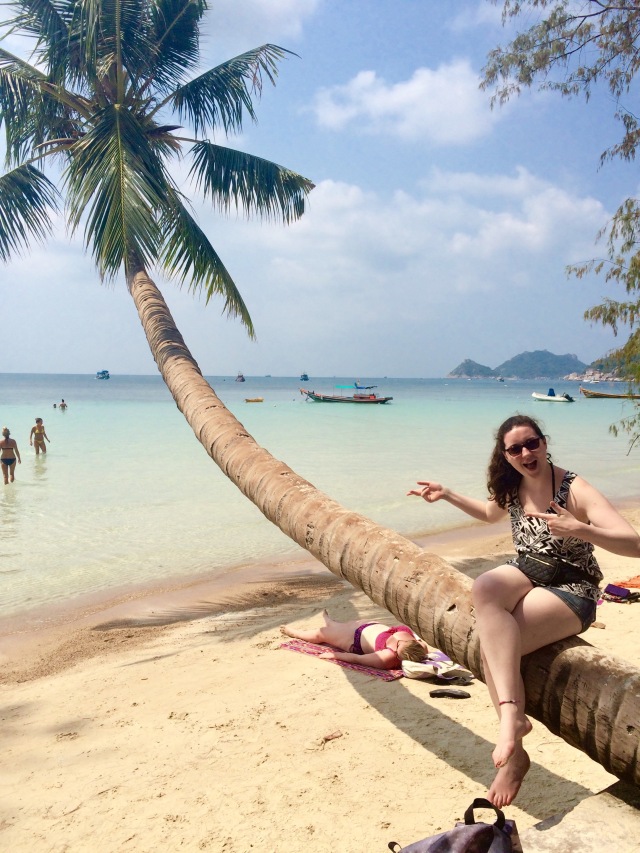