Leaving Dubai with our luggage and heading to Thailand felt great; the journey between the two was just around 6 hours. However within that 6 hours we experienced an hour and a half of pretty intense turbulence; I’ve never experienced such a long amount before. Even the cabin crew had to sit for the majority of it; but all in all we arrived to Bangkok in the early hours of Saturday morning.

Arriving at our hostel at 3am led to a very awkward entering of our room with the other 6 girls in there already asleep! However once we’d sorted our stuff out and found our way to free lockers we settled down for our first night in a hostel… Now the backpacking experience was definitely becoming real! The hostel was called Lub. D which in Thai means sleep well, and we sure did. It was such a nice hostel to start our trip; with a downstairs bar, a great shower room and really helpful staff!

Day 1 was a tad of a struggle due to going to sleep at 3am and waking again between 8-9am… We wondered around the streets of Silom where our hostel was based. This was my first ever experience of Thailand and I have to say it felt far from my lifestyle back home. The hanging wires from the wooden poles, the variety of smells from the stalls upon stalls of street food, and interesting smells most probably coming from the drains. However all of these thing are what make you realise how big a world we live in and how our lifestyles across cultures vary drastically, there is much more to life than that of in the western world.

After strolling around the local area we settled down for lunch at The Mango Tree; we actually stayed there for a good few hours whilst experiencing our first day of the intense heat…

During the evening we went for dinner with another girl from our dorm who was from Paris… It was nice to sit down with someone we’ve never met before and just chat! In some sense Elle and I have said this reminded us of uni – where you are constantly meeting new people and hearing their stories. Jen had flew in that day also so we all headed back to the hostel for a pretty early night.

Elle had been to see The Grand Palace and Wat Pho previously but she was more than happy to go again so I could see it. The journey to the Palace was actually quite fun as we took the Sky train to a pier and from there took a tourist ferry up the river so we got to hear some interesting facts along the way.

First stop was The Grand Palace, which really is grand… It was so beautiful to see the amazing architecture with such bright and complicated patterns – definitely a work of art! Also at the Palace was the Emerald Buddha, very cool however you weren’t able to take pictures whilst in there. You had to sit with either your legs crossed or under your bum so that your feet were not the facing the Buddha. It kind of reminded me of my experience at the Sistine Chapel in Rome as you had to be quiet and respect the religious surroundings you were in. The whole room was extremely beautiful.

We spent about an hour and a half at The Grand Palace. You had to cover your legs and arms: the funny thing was that Elle and I thought we’d covered up enough – Elle wore a maxi dress and wrapped her scarf around her arms and I wore a maxi skirt with a top and scarf. BUT they told us just using a scarf wasn’t enough; I guess people could easily take it off so I understand from that point of view. SO we had to borrow clothes from the Palace; these blue shirts that looked ridiculous with our nicely put together outfits… They kind of reminded me of hospital scrubs, so we rocked that look for the time we were there!

Later we headed to Wat Pho; home to the massive and I mean massive golden reclining Buddha! I’ve never seen anything like it and I cannot imagine how or who made it because it was literally nearly the size of an aeroplane! Luckily we were able to take pictures of that. This concluded our cultural day out and we again took the ferry/ sky train combo back to our hostel.

In the evening we went to a really good German and Thai that restaurant called Gi’s in a place called Pat Phong which was in walking distance of our hostel. It was so funny as it was based in an area with loads of sex bars; so many Thai girls or ladyboys trying to get attention of western men walking by and even us! So many people tried to get us to go into the bars to watch interesting shows let’s put it that way, you could see girls dancing on the podiums in all of the bars. When at Gi’s we sat by the window; it was entertaining to watch the world go by and see all this taking place outside.

Onto the food though – Elle had German and I had Thai Green Curry, as trip advisor had stated the food was great, as well as the service; the German owner (named Gi) was very welcoming and accommodating and even gave us some advice for the islands.

We were leaving around 9pm to travel to Koh Tao by a night bus and ferry so checked out of our hostel first thing, stored our luggage there and then took the short sky train trip to a massive shopping centre called MBK.

This shopping centre was like nothing you would get in the UK, all the shops and stalls sold ‘brands’ and you can barter down the prices. My favourite part of them was the indoor markets. I love elephants so ended up buying elephant trousers and a top with elephants on as well; I obviously won’t be wearing them at the same time though!

Bangkok was an interesting place to be, a lot of people give mixed feedback about it. I’m glad I got to go but it was very hot being in a city with no pool or beaches so by the last day I was definitely looking forward to heading to the islands. We will be heading back to Bangkok a couple of days before we fly to Sydney. When we come back we are going to stay on the backpacker road called Ko San Road so we get to experience that part of Bangkok.

I began writing this as I was travelling on a night bus from Bangkok to Chumpon, from here we took a ferry over to Koh Tao. I’m very much looking forward to all the beautiful beaches that the islands in the Gulf of Thailand have to offer, this island hopping experience is going to be fun! 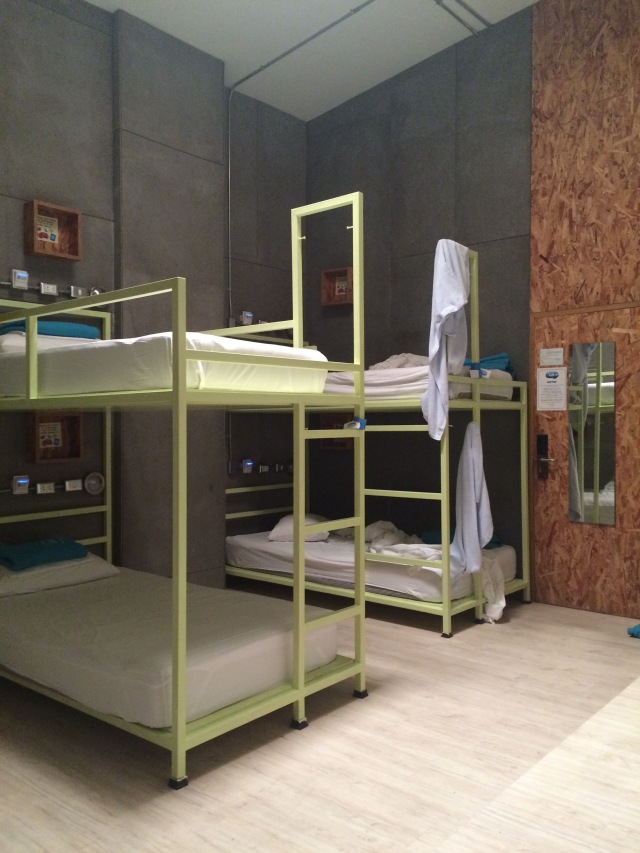 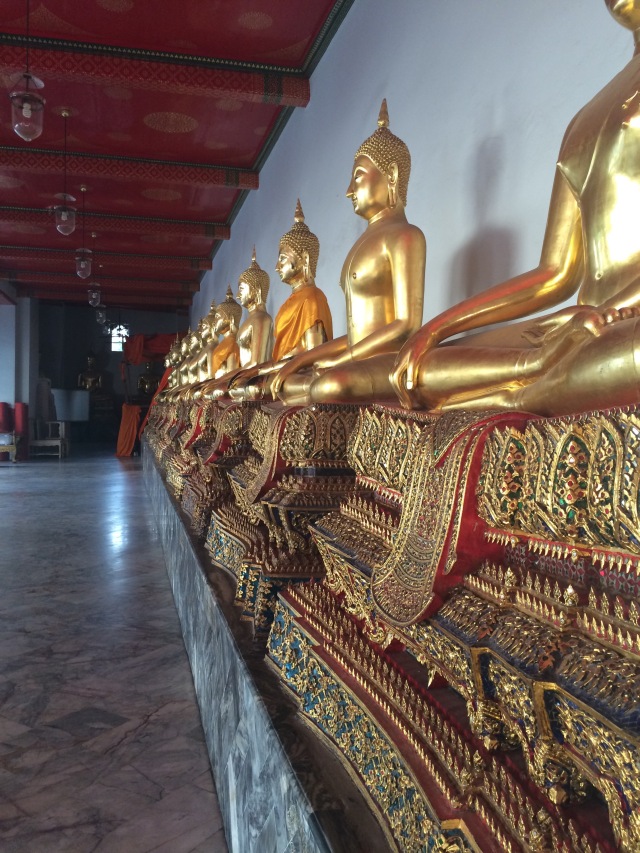